PROFILE OF THE DEPARTMENT/ORGANIZATION

Optimal sustainable protection of the state of Assam against flood and river bank erosion including providing relief to the drainage congested areas of the state.

DIFFERENT WINGS OF THE ORGANIZATION IN THE KAMRUP  DISTRICT 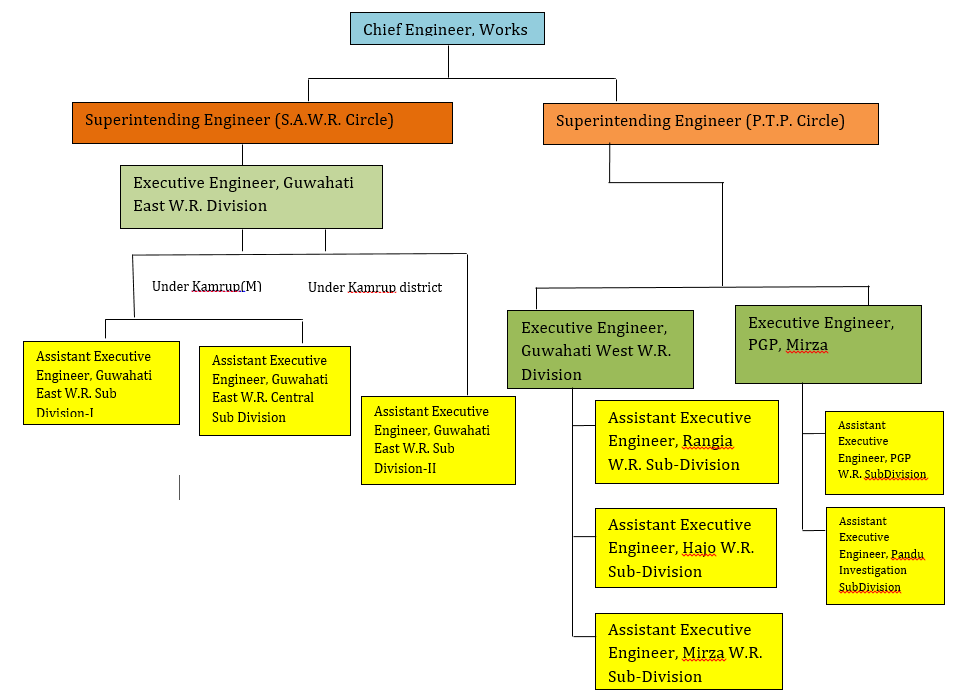 The flood and erosion management including all other related activities of the Water Resources Department in the Kamrup District is managed by the following three divisions headed by the Executive Engineer. 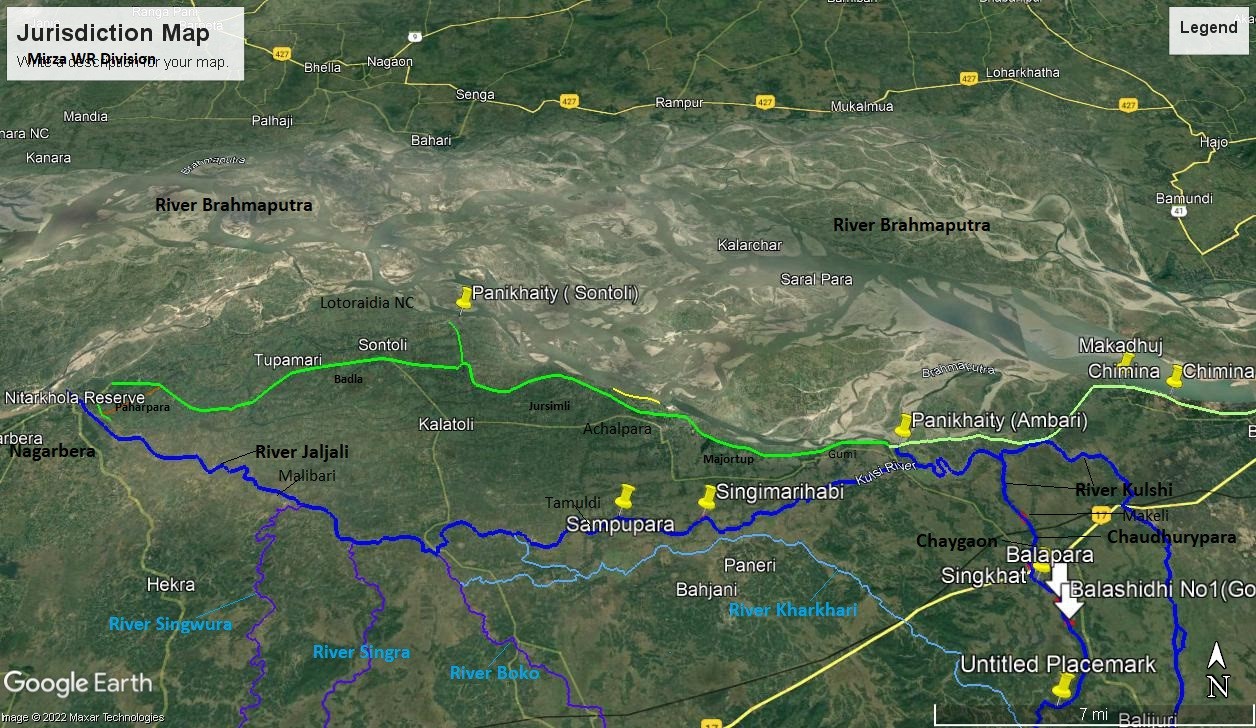 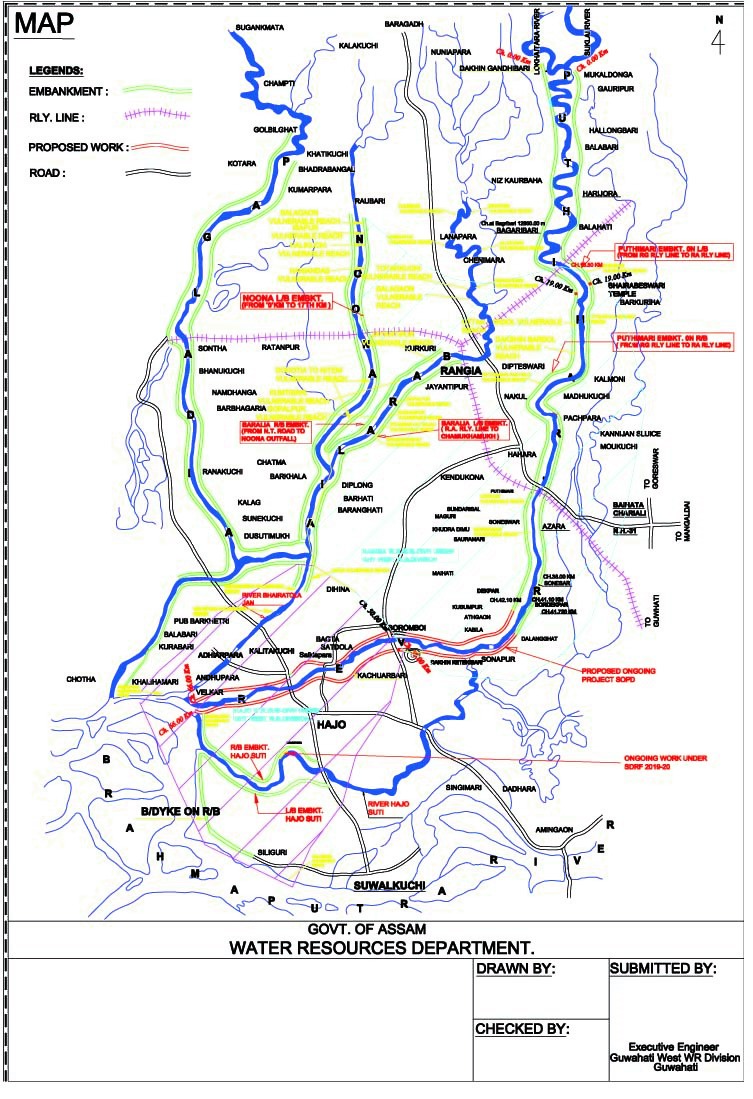 Flood Forecasting in the Kamrup District during Monsoon season is managed through various rain gauge stations and Water Level Gauge stations located at different locations given below. 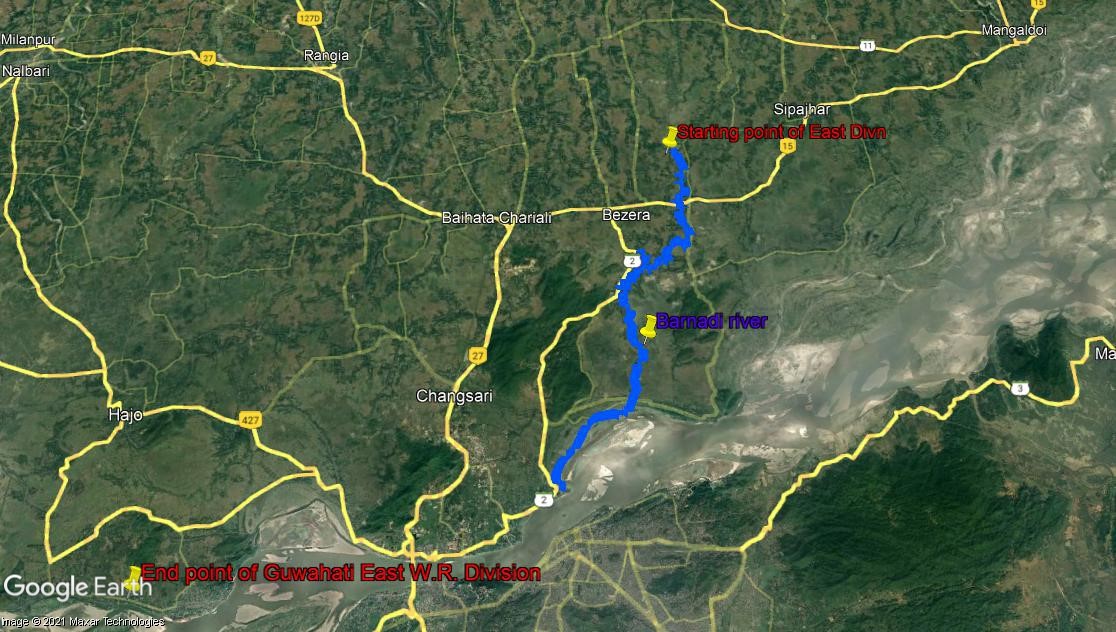